There are aspects of my work that have evolved over the past thirty years of art making, but some aspects have remained the same.  I have consistently chosen to not have a singular approach to art making; I choose whatever media, format or action that I believe would best express the idea/emotion/concept I am exploring.

Learn more
View MY WORK
About me

I wanted to name my website after 'Falling Rock' because it is in his spirit that I create art.

After my parent’s divorce, my Dad would come and pick me up on weekends and take me back to the reservation. Our reservation is up in the mountains about 4000 feet above sea level. As we drove through the mountains, we would pass several "Falling Rock" warning signs.
‍
Not knowing what they meant, I asked my Dad about them. He told me, “Falling Rock was the name of the last ‘free’ Indian who never surrendered to the white man. Wherever you see a Falling Rock sign,” my Dad explain, “it marks a place where Falling Rock was seen attacking passing cars.”
‍
As a kid, I would always look to see if I could see him, angry and free.
I wanted to name my website after 'Falling Rock' because it is in his spirit that I create art.

Gerald Clarke Jr. was born in 1967 in Hemet, California.  He is an enrolled member of the Cahuilla Band of Indians and currently lives on the Cahuilla Indian reservation located in Southern California. 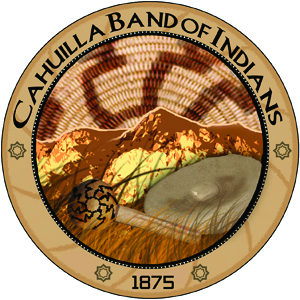 As a visual artist, he has exhibited his work extensively and can be seen in numerous exhibitions as well as major museum collections. In 2007, Gerald was awarded an Eiteljorg Museum Fellowship for Native American Fine Art and served as an Artist-in-Residence at the Institute of American Indian Arts in Santa Fe, New Mexico in 2015. Earlier this year, Gerald received a Harpo Foundation Native American Fellowship to the Vermont Studio Center.
‍
Clarke currently serves as an Assistant Professor of Ethnic Studies at the University of California-Riverside and teaches classes in California indigenous history and culture, contemporary Native American art and related social issues.
‍
When not teaching or in the studio, Gerald assists in running the Clarke family cattle ranch and remains heavily involved in Cahuilla culture. Clarke is a traditional singer and participates in Bird Singing, a traditional form of singing that tells the cosmology of the Cahuilla people.
‍
Gerald is a frequent lecturer, speaking about Native art, culture and social issues. He holds a B.A. in Art from the University of Central Arkansas and the M.A./M.F.A. degrees in Painting/Sculpture from Stephen F. Austin State University located in Nacogdoches, Texas.

This website is a compilation of the art of Gerald Clarke Jr.